Automated drone equipped with a camera for cleaning floating debris on the water surface in a port environment or in sheltered areas with difficult access.
It allows the cleaning of the sheet of water in port or sheltered areas that are difficult to access with a traditional boat.

Its size gives it unprecedented agility and simplicity in its handling, this is due to the fact that the engines do not rotate and at the same time it dispenses with rudders. This is thanks to the variable and independent speed in each motor. In addition, the reversal of the indistinct twist allows even “turn” in a space as small as its total length (1.9 m).

Its small external dimensions (1.9 m length x 1.1m beam x 0.7 m depth) are not at odds with a large load capacity, since being a catamaran-type hull it houses a basket of more than 200 liters of capacity, the equivalent of 10 1.5 liter bottles without crushing or 80 cans of drink without crushing.

Thanks to its working speed and its sleeve between “mouths” (they form a funnel), it is capable of filtering a surface of 5000 m2 of water surface, or a volume of 780 m3 per working hour at a speed of 2 knots.

Its contained dimensions allow it to be stowed aboard another vessel, in a storage room, transported by land in a vehicle or small trailer, even moving it within the port manually, thanks to its stranding cart since its light weight is 70 kg in work order.

It has an on-board display that reports the power consumed, the percentage of remaining battery or range, heading and other data of interest.

The batteries are charged without having to manipulate it, connecting the charger from a waterproof and conveniently indicated external port. The charging process from a hypothetical situation of totally depleted batteries is 4 hours, after which we again achieve an autonomy of 6 hours of work.

The operation of the drone and the maneuvers that the meticulous work it is capable of carrying out requires the adoption of an automatic system for closing and opening the front access hatch to the collection basket. Automatically, the gate is closed in reverse gear and in the dome, acting as “anti-return”, minimizing the possibility of losing part of the collected floats.

Prototype made of duralumin, which is an infinitely recyclable and technically durable material. Not only for this, but also, the use of aluminum is promoted by legislative means both within the EU and the US, especially for port vessels. In the long term, when the drone is out of service it can be reused, as if it were a soda can. Once again without leaving a trace, neither in its operation nor in its scrapping.

It allows to collect micro plastics, since the light of its filtering sieve is only 4 millimeters.

The drone is governed by remote control and integrated camera, with which the drone can be remotely controlled from the office several kilometers away, perfectly seeing what the drone sees in front of it and several meters away.

Deployment of your volumes in 3D for robotic jet cutting, shortening production times.

Option of making a mold that allows its manufacture in GRP, in this case only the option of being made with fibers of “eco” origin (recycled, vegetable-linen -…) is contemplated.

Development and execution of a remote automated hoisting and lowering travelift for the drone, with an automatic connection charging socket, without the need to be attended to.

Camera and tablet can collect images and typology of the collected floats.

Development of our own autonomous navigation system with automated return to the charging point when it needs to charge its batteries.

Adoption of small photovoltaic panels that provide support and maintenance to the batteries, carrying out a new consumption balance study to quantify their efficiency.
Adoption of a removable module (preserving its characteristics as a cleaning drone) housed instead of the waste collection basket, a Bathymetric device with multibeam flow type technology, making it a multipurpose tool with countless applications, in addition to being able to meet the perfection the orography of the bottom of the desired port or coastal areas, even those with difficult access.

Integration of a system with IOT technology to obtain

Safety equipment, navigation or any other device necessary for its legalization in the destination country, must be provided by the shipowner to our Shipyards to adapt them to the boats. 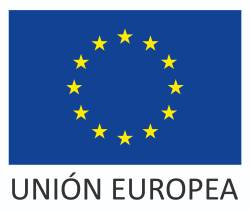